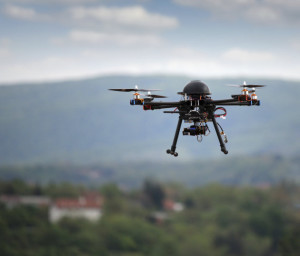 The Illinois State Police will be able to use unmanned aircrafts to assess traffic-halting crashes and crime scenes for the next two years. Despite the recent FAA approval, the department is careful not to use the word “drones” because of the connotations attached to them.

According to the Chicago Tribune, their statement says “it carries the perception of pre-programmed or automatic flight patterns and random, indiscriminate collection of images and information.”

The state police insist that their “unmanned aircraft system” is not a surveillance program. They’ve worked with the American Civil Liberties Union to protect citizen rights and all autonomous flights will be reserved for the emergencies listed in Illinois’ Freedom from Drone Surveillance Act passed in 2013.

The bill makes provisions for the use of drones in missing person investigations, disasters and other events that threaten human life. For now, the system is expected to provide clear aerial shots that will allow them to save time and clear highways more efficiently at the time of a crash.