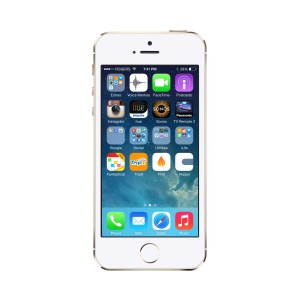 Apple device owners have discovered a string of text characters that, when received on an iPhone in Messages, can lock people out of the app and — reportedly in some cases — crash the phone. Users who receive the string with Messages open won’t be able to go back to other conversations without crashing the app, while users who get the string on their lock screen won’t be able to open the Messages app entirely.

People have already started using this forbidden string for evil, sending the code to others in a bid to block them from seeing Messages from any recipients. The effect is undone if the sender follows up with another message, but according to a legion of Twitter users, some nefarious jokesters are refusing to send replies to unlock the apps. The characters seem to have the same debilitating effect on the app whether they’re sent via native Apple Messages or SMS, meaning Android or Windows Phone users can restrict access to Apple’s Messages with a simple text.

In some cases, you can undo the damage yourself. If you have a Mac, and the message was sent by another Apple user via the iMessage service, simply open the offending conversation in the Messages app and send another reply — even “hi” will do. If your only Apple product is an iPhone, you can either send the person who sent the string a message using the share sheet — the box that appears after pressing the “share” button in other apps — or open Siri and ask it to “send [whoever sent it] a message.”

In our experience, the iPhone (5S) tested — while slow to open from the lock screen — never crashed fully, and we were able to get the sender to reply, removing the effects of the offending string. But for users without Macs, or for people who don’t know the phone number of the string sender, the exploit could have seriously frustrating consequences. Until Apple releases a fix, you’ll need to either beg for release from your Messages captor, or dig your own way out of app jail.

RBS tipped back into loss by NatWest Markets, mis-selling hit

Biggest oil price surge since 1991 as ‘locked and loaded’ U.S. points finger at...

AC Milan vs. Arsenal in last 16 of Europa League

On Prince Andrew, Labour’s Corbyn says nobody is above the law