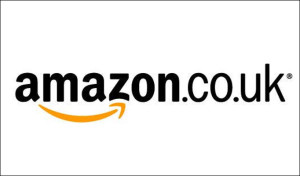 Amazon has become the first technology company to abandon controversial corporate structures that divert sales and profits away from UK in the face of a clampdown imposed by George Osborne.

From the start of this month the online retailer has started booking its sales through the UK, meaning resulting profits will be taxed by HMRC. The group made $8.3bn (£5.3bn) of worldwide sales from British online shoppers but for 11 years all these internet transactions have been booked in Luxembourg.

A spokesman said Amazon was “now recording retail sales made to customers in the UK through the UK branch. Previously, these sales were recorded in Luxembourg”.

The move will allow Amazon to avoid being caught by chancellor George Osborne’s new diverted profits tax, which came into law from April. It imposes a punitive 25% tax on groups deemed to be artificially routing profits overseas.

Amazon had for years denied that its UK corporate structures were artificial or tax-motivated. The move will be greeted as a victory for the chancellor who last September singled his determination to rein in technology firms going to extraordinary lengths to avoid UK tax. “You are welcome here in Britain with open arms,” he said.

“While we offer some of the lowest business taxes in the world, we expect those taxes to be paid.”

Latest moves by Amazon will put pressure on others to follow suit – particularly Google, which routes its sales through Ireland. Representatives from Amazon and Google suffered two bruising encounters with parliament’s public accounts committee over these arrangements.

She added: ”You are a company that says you ‘do no evil’. And I think that you do do evil.” Hodge was referring to Google’s long-standing corporate motto, “Don’t be evil,” which appeared in its $23bn US stock market flotation prospectus in 2004.

The dressing down from Hodge, who last week announced she was stepped down from the committee, is widely credited with stirring widespread public outcry, which, in turn, put pressure on the chancellor to act. Amazon confirmed the changes to its tax affairs after the Guardian reported on Friday that its top two executives in the UK had quietly quit as directors of the online retailer’s main British company in the face of Osborne’s clampdown.

Christopher North, Amazon’s managing director for the UK, and Rob McWilliam, who joined from Asda as finance director two years ago, resigned from the board of Amazon.co.uk Ltd on 1 May.

North and McWilliam remain senior executives despite relinquishing their directorships, with the former continuing as country manager and head of Amazon in the UK, while McWilliam is the UK’s vice president of the consumables division.

The company said: “We regularly review our business structure to ensure that we are able to best serve our customers and provide additional product and services. More than two years ago we began the process of establishing local country branches of Amazon EU Sarl, our primary retail operating company in Europe.”

Sales are still being recorded by Amazon EU Sarl, a Luxembourg-registered company, but – crucially for tax purposes – will be booked in a UK branch of that company, for which a tax return must be filed with HMRC.

A year ago, North claimed in an interview with the Guardian that Amazon’s European corporate structure was not determined by tax avoidance strategies, insisting it would be impossible to route sales to UK customers through a British company paying tax to HMRC. “We just couldn’t do that,” he said. “And a single European business is going to need a single European headquarters.”

Latest accounts for Amazon.co.uk Ltd show sales of just £449m for 2013 and a tax charge of £4.2m. Elsewhere in its corporate filings, however, Amazon attributed $7.29bn (£4.71bn) of worldwide net sales to the UK for the same year.

The UK business employs thousands of staff, many on low wages, in its network of warehouses, and also large number in sales, procurement and marketing activities. However, its revenue comes from services provided to Amazon EU Sarl, and it does not transact with British online customers.

Five talking points from the weekend in Serie A

Kurdish President Insists on Including Iraqi Minorities in Indepedence Commission