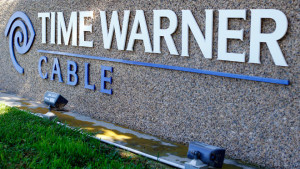 Charter Communications is close to buying Time Warner Cable for about $55 billion, say two people familiar with the negotiations.

The people spoke on condition of anonymity because of the private nature of the deal talks.

One of the people says the deal will be announced early Tuesday morning.

Comcast walked away from the Time Warner Cable deal after regulators pushed back against it. Regulators had concerns that the two companies together would undermine online video competition. The combined company would have served more than half the country’s broadband subscribers.