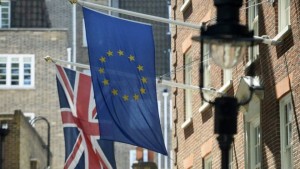 Voters in the UK’s EU referendum will be asked to choose Yes if they want to remain in the union or No to leave.

Prime Minister David Cameron has said the in/out referendum will take place by 2017.

A bill paving the way for the referendum is expected in Wednesday’s Queen’s Speech, the report said the precise wording of the question had not been confirmed.

But it is expected to allow those who want Britain to remain in the EU to style themselves as the Yes campaign, with the question expected to be along the lines of: “Should the UK remain a member of the EU?”

BBC correspondent said: “What we won’t get [in the Queen’s Speech], I’m told, is the absolute, finalised official version of that question. There’s likely to be more discussion about it, but I’m led to believe that what we are heading towards is a question along the lines of whether the UK should remain in the EU.

“That is significant because it would allow those who want the status quo to continue once there has been a renegotiation, who want the UK to remain a member of the EU, to style themselves as the Yes campaign. Yes to stay in, Yes to remain.

“So it could be that there is some discussion of that over the coming days.”

Mr Cameron has promised to renegotiate the UK’s membership before the referendum takes place.

‘Rick and Morty’ gets approval for 70 more episodes

Turkish FM to discuss Manbij roadmap with US’ Pompeo