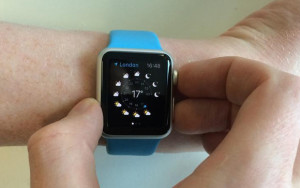 But where does the image get saved? It does not appear in the Photos app in the Apple Watch. Instead, it’s sent to the associated iPhone.

Grab your iPhone and open the Photos app. Your screenshot will be the newest image under the Photos tab.

Pompeo says cooperation with Israel over Syria and Iran to continue

Russia will respond to any NATO steps over missiles, says minister