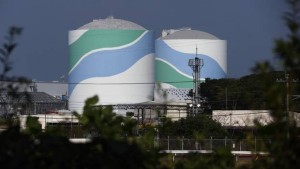 Japan cleared the way on Wednesday for a resumption of nuclear power, four years after the world’s worst atomic disaster in two-and-a-half decades led to the shutdown of all the country’s reactors and fuelled public opposition to the industry.

The Sendai plant, in southwestern Japan, still needs to go through operational checks before a restart but these are expected to be completed without major hitches.

The plume of radiation caused by the Fukushima disaster forced about 160,000 people from their homes, many of them never to return, in the worst nuclear disaster since Chernobyl in 1986.

The resulting closure of Japan’s reactors caused tens of billions of dollars in losses at utilities as they resorted to importing fossil fuels for power generation and paid for upgrades to meet tightened safety rules.

Some utilities decided to scrap older plants, leaving Japan with 43 operable reactors against 54 before the disaster. More may be scrapped, according to a Reuters analysis last year.

The resumption of nuclear power is likely to be unpopular with the public after the catastrophe highlighted cosy links between utilities and the previous regulator.

The fumbled response to the meltdowns at Fukushima added to the perception that nuclear power was too dangerous for such an earthquake-prone country as Japan.

Most public opinion polls have put opposition to restarts at about two-to-one despite an average 20 percent rise in household electricity bills to cover the cost of imported fuel.

Nuclear Regulation Authority (NRA) commissioners said in a televised meeting on Wednesday that the Sendai reactors had cleared final safety assessments. The restart has also received the approval of local authorities.

Last month a local court rejected a legal bid to block the start-up by residents concerned about the plant’s vulnerability to nearby volcanoes. The residents have appealed against the decision.

The company, which reported a fourth year of losses for the 12 months through March, is desperate to restart the reactors to cut costs. Its shares were down 0.9 percent by 0514 GMT, in line with those of other utilities.