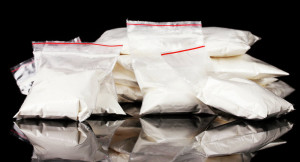 A US anti-narcotics operation broke up a New York heroin ring that resulted in the arrest of five drug traffickers and seizure of a multi-million stash of product, the US Drug Enforcement Agency (DEA) said in a press release.

The investigation began in October 2014, following a heroin overdose that ultimately led to the identification of a wholesale drug organization based in the Bronx and the Washington Heights section of Manhattan, the release explained.

“[DEA]announced the arrest of five members of a heroin trafficking network [in New York] and the seizure of 12 kilograms of heroin worth at least $5 million,” the release said on Friday.

Heroin overdoses have been on the rise, the release noted, with burglaries and related crimes becoming the common scourge of small rural hamlets and villages.

“Rather than put a band aid on the heroin problem by making a few quick arrests in Sullivan County, Sheriff Michael Schiff decided to help tackle the problem at its source, which was the Bronx and Washington Heights.”

Orlando Rosario-Concepcion is accused of leading the Bronx and Washington Heights-based drug trafficking organization that supplied local dealers in New York City, upstate counties and Long Island, according to the release.

The DEA is a US federal law enforcement agency whose mission is to pursue and apprehend those who grow, manufacture or distribute illicit drugs in the United States.