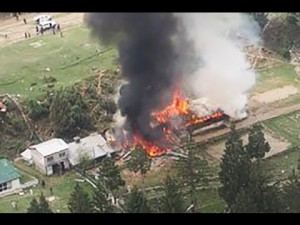 (AA) – At least two foreign ambassadors have been killed in a helicopter crash in Pakistan on Friday.

The ambassadors of Norway and the Philippines, as well as the wives of Malaysian and Indonesian ambassadors and two pilots were killed in the crash, according to the Pakistan army’s media wing, Inter Services Public Relations.

The injured included the Dutch and Polish envoys to Pakistan.

There 18 people, including 11 senior diplomats, in the helicopter when it crashed in the northern Gilgit district, a popular skiing destination near the border with China.

China lays out its vision to become a tech power