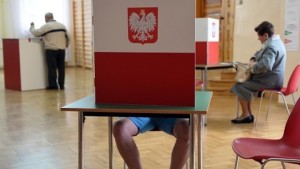 Leaders of the European Union might be too busy prolonging thecrisis in Greece to notice some interesting electoral developments in Spain and Poland. They ought to make the time.

By temperament, Spain and Poland are both reliably pro-EU nations — yet both have just punished their pro-EU ruling parties and boosted the standing of rivals calling for reform. The cases are different, to be sure. What they have in common is discontent with business as usual in the European Union.

In Spain’s regional elections, the left-wing Podemos and center-right Ciudadanos parties severely battered the ruling conservative — and strongly pro-EU — Popular party. Neither of the newcomers is pleased with the EU as it stands: Podemos rejects its fiscal rules, while Ciudadanos wants the EU to show more solidarity with its beleaguered southern members, proposing a common unemployment fund and other innovations that won’t sit well with, say, Germany.

If the success of these insurgents in Spain’s regional elections carries over into the parliamentary elections that are due before the end of the year, then the character of Spain’s relationship with Europe will change. That goes double for what just happened in Poland.

In this weekend’s presidential election, Andrzej Duda astonished observers (and probably himself) by defeating incumbent Bronislaw Komorowski with a populist platform heavy on euro-skepticism. Poland’s economic record since 2008 has been among the best in Europe, yet the country’s voters evidently aren’t satisfied. If the new president’s Law and Justice party wins the parliamentary elections that are due by November, then, as in Spain, the country’s approach to Europe will shift. As a member of the European Parliament, Duda has been aligned with its euro-skeptic and anti-federalist factions. He says he wants to pull powers back from Brussels to Warsaw.

Poland isn’t yet a member of the euro zone, though it has promised to join. Duda’s win makes that commitment seem even more theoretical. The EU’s governance rules take it for granted that the union’s members will sooner or later adopt the euro. A Polish change of mindwould confirm that Europe needs to plan for a permanent division between members and nonmembers of the euro system.

U.K. Prime Minister David Cameron is undoubtedly smiling at these developments. Earlier this month, voters gave his Conservative Partya big win. He’s promised to renegotiate the country’s EU membership and hold an in-or-out referendum by 2017. The U.K. (along with Denmark) has a special and indefinite opt-out from the euro zone — in effect, Britain is an officially permitted anomaly. Apparently, the desire to be anomalous is spreading.

None of this is to say that the politicians celebrating in Spain and Poland know what they’re doing. Especially on fiscal matters, their policy proposals don’t quite hang together: Spain’s Podemos wants unaffordable increases in public spending, Poland’s Law and Justice unaffordable cuts in taxes.

Still, it matters that countries with a traditionally strong commitment to the European project are questioning where the EU is headed. They’re right to ask — and they deserve an answer from Europe’s leaders.

In 2020 race, Sanders and O’Rourke vie for same young voters

Tesla in Autopilot sped up before Utah crash

Kansas schoolgirl at heart of landmark desegregation ruling dead at 76