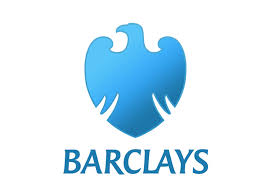 US investment bank Stifel Financial Corp is in advanced talks to buy Barclays’ US wealth management unit, which the British bank has labelled as a non-core asset.

Reuters, citing three people familiar with the situation, reported that Stifel is negotiating key aspects with Barclays, and a deal could come as early as next week, if the parties agree on terms. The financials of the deal could not be ascertained.

Nevertheless, the sources cautioned that a deal is not certain, and Barclays could go back to other bidders that have made offers.

Both Stifel and Barclays declined to comment on the news.

Barclays has been reaching out to potential acquirers for the business, which was the former brokerage arm of failed Lehman Brothers, for several weeks because it views it as non-core.

The sale comes as Barclays, along with four global banks, was imposed a record fine of $5.7bn (£3.7bn, €5.1bn) for rigging foreign exchange markets. The banks were accused of fixing benchmark foreign exchange rates by colluding in online chat rooms to make transactions simultaneously minutes before rates were set.

Barclays earlier set aside more than £2bn to meet expenses related to various cases, leading to a 26% fall in its quarterly profits.

Hit by a number of lawsuits, the bank is looking to restructure its operations by selling less significant businesses. The bank also looks to reduce investment risk and cut costs.

A deal with Barclays would bolster Stifel’s wealth management business in the US.

In February, Stifel agreed to buy Alabama-based Sterne Agee Group, which has about 730 brokers, for about $150m. The acquisition of Barclays Wealth Americas would bring the Stifel brokerage force to more than 3,000.