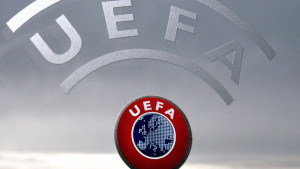 The penalties come as part of the financial fair play criteria investigation that involves break-even targets, sporting measures and financial contributions. UEFA monitors clubs financially to make sure they are not spending more money than they earn, a measure created to help teams avoid financial problems in the long-term.

Inter was severely punished with €20 million. The Milanese club will pay €6 million and the rest could be waived by UEFA if the club obeys the agreement. In addition, Inter can register a maximum of 21 players for the next season in UEFA organizations. In the 2016-17 season, the number can be increased to 22.

French club Monaco was sanctioned with €13 million, but has reported it will be paying €3 million of the amount. UEFA would not impose the sanction if the club meets the conditions of the agreement.

The other Italian team Roma will pay €2 million. UEFA could waive the rest of the amount, which is €4 million if Roma meets the demands as well.

Meanwhile, Turkish club Besiktas will pay €1.5 million despite being sanctioned with €5.5 million. Four million euros could be waived if Besiktas obeys the agreement. It is stated that Besiktas can register 22 players in UEFA organizations next season. For the 2016-17 season, they may have 23.

Lokomotiv Moscow is set to pay €1.5 million. UEFA will gather to discuss for the remainder (€3.5 million). Another Russian team, Krasnodar, was penalized with €4 million.

Monaco, Roma, Lokomotiv Moscow, Krasnodar and Sporting Lisbon will be able to register a maximum of 22 players for the next season in UEFA organizations.