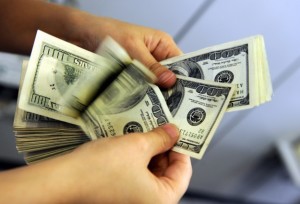 (AA) – The Tory victory in the U.K. election has blasted the British pound higher against the dollar.

The pound jumped 1.5 percent to about 1,540 against the U.S. currency in early morning trading.

The effective ouster of Labour from any possible government — with the Conservatives expected to win 316 seats in parliament — has sweetened trader sentiment. Labour is seen as less friendly to business and finance than the Tories.

The SNP also has good reason to claim victory in this election, having taken a record 52 seats. While the SNP victory raises concerns about a push for independence in Scotland, traders seem to have shrugged off the concern.