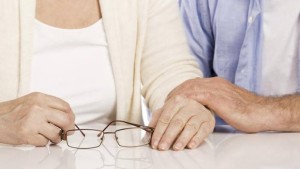 A record number of Canadian senior citizens are outliving their savings and having to file for bankruptcy in their golden years.

According to Canada’s federal Office of the Superintendent of Bankruptcy, 10% of those who declared bankruptcy in 2014 were aged 65 or older, a massive 20.5% increase in this demographic from 2010, CBC reports.

Aside from the fact that Canadians are living longer, another factor for the increase seems to be that more and more people are retiring while in debt. In 2012, 42.5% of people aged 65 and over still had debt — a 55% increase from 1999.

Another reason behind the rise in debts may be the availability of low-interest loans, bankruptcy trustee Doug Hoyes believes.

“If you’ve got decent credit, you can go out and get a mortgage for 2.5%. So why not be buying the bigger house?” Hoyes told CBC. “Today we don’t need to save because we all have a line of credit.”

When retiring in the red, unplanned expenses such as illnesses or accidents can be financially crippling.

“Usually I run out of dog food and I worry more about my dog than I do myself,” Wayne Kilgallen, a former farmer in Saskatchewan, told the CBC.

After suffering a heart attack five years ago he has been left to live off of $872 per month.  To cover basic costs of living, Kilgallen began using credit cards heavily, and racked up $15,000 in debt.  Now, more than half of his monthly income goes to paying back his debt.

US to ASEAN: Reconsider deals with blacklisted China firms

Peru giving up on virus measures in face of sinking economy