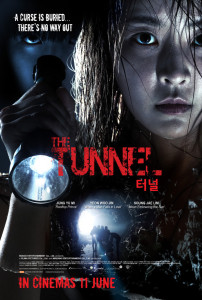 Korean horror film, THE TUNNEL, is set to open in cinemas on 11th June 2015. Starring up-and-coming popular stars including Jung Yu-mi (Rooftop Prince), Song Jae-rim (The Moon That Embraces The Sun), Yeon Woo-jin (When A Man Falls In Love), as well as K-Pop girl group members Min Do Hee (Tiny-G) and Woo Hee (Dal Shabet), THE TUNNEL unfolds the story of a buried curse that lies within the abandoned coal mine.

Synopsis
A group of friends are invited to the launching party of a luxurious resort in the mountains before it offi­cially opens for business. The party takes place at the nearby abandoned coal mine that is being turned into an experience hall.

Just when the party gets into full swing, a strange man barges in declaring that they will all get killed by the curse, scaring everyone away. They return to the resort to find the strange man watching them and end up killing him by accident. They decide to throw away the body in the coal mine, but get caught inside the dark tunnels facing the buried horrors within. Will they be able to escape THE TUNNEL? 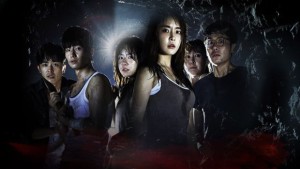 California aims to drop fossil fuels for electricity by 2045

Paris police on alert for refugee who may be planning attack: police source

U.S. women march on with 1-0 defeat of France

Trump getting Washington military parade _ but no tanks