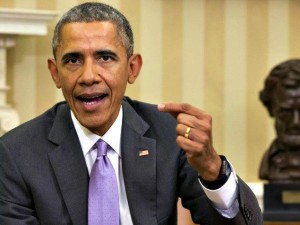 On Thursday, Wikileaks released new information about the international trade deal being negotiated by the Obama administration in secret and with the approval of many top Congressional Republicans.

According to the documents released regarding the Trade in Services Agreement (TISA), which involves the United States, the European Union, and 23 other countries, the draft TISA would require all signatories to allow suppliers to keep private information of customers outside their territory. In other words, if a Pakistani company does business in the United States, that company would not be required to keep American customer information in the U.S. and could instead store that information in Pakistan. Leftists are particularly exorcised about one proposal from Turkey that would allow health tourism to foreign countries, reimbursed by home countries’ health insurance plans.

Speaker of the House Rep. John Boehner supports giving President Obama Trade Promotion Authority (TPA), also known as fast-track authority, to negotiate trade agreements that would then be handed over to Congress for an up-or-down vote without any amendments allowed. Boehner explained to The Hill:

This is not about the president; frankly, it’s about the country. It’s why I’ve worked with the president on a number of trade agreements over the course of his tenure and my tenure as Speaker.

The idea behind fast-track authority is that the president will not feel free to negotiate, and no one will negotiate with him, if any agreement is subjected to the prospect that a negotiated agreement could be renegotiated by a third party – namely, Congress. But this is a particularly odd argument, because it assumes that the president wants to give away more than is in the United States’ interest to give away. After all, the president can use the possibility of Congressional wrangling as a leverage point in negotiations: “How can I go back to Congress with this proposal? You know they’ll simply amend it. If you give me X, however, then I can fairly assure you that we’ll get this deal done.” Congress provides a convenient and useful “bad cop” for any president hoping to negotiate an international agreement.

Unless Congress doesn’t want to play bad cop. And that’s a matter of trust that changes from time-to-time. That’s why Congress should never grant TPA – it should always provide a check on the president in terms of his power to negotiate unilaterally. The executive branch should always carry in the back of its mind the fact that the legislature has final approval over any treaty, and that Congress won’t be forced to accept a crap sandwich in which it likes some material but not other material.

Congressional Republicans, however, seem to prefer the crap sandwich approach, just as they preferred the omnibus approach to budgeting that resulted in full funding for Obamacare and Obama’s executive amnesty. By giving Obama the authority to negotiate a trade agreement unilaterally, and tying their own hands by exclusively allowing an up-or-down vote, Congress avoids culpability. They can always claim that they had no power to amend the treaty, and that they had to vote for it because it contained so much good material.

And herein lies the problem with the current structure of America’s executive-led government. Congress always has incentive to pass the buck to the executive; the executive always has the incentive to maximize its own power. TPA is just the latest example of that Congressional abdication in action, even if that abdication is in the service of a generally good cause like free trade.

One tourist killed, 12 injured in air balloon crash in Egypt