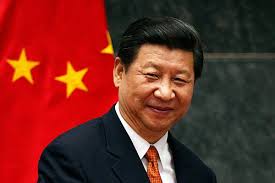 Unless they have been accused of a crime, few foreigners ever see the inside of a courtroom in China.

But on Friday a court in Hengdong, a rural town in central China, gave the press a rare insight into the Chinese justice system, allowing a reporter to observe the trial of a local factory accused of pollution that allegedly exposed 13 children living nearby to excessive levels of lead.

The first day of Melody Chemical’s trial was a window into how one local government is interpreting Chinese president Xi Jinping’s call for a stronger rule of law and tougher environmental enforcement.

The Melody plant, located in Dapu village about a half hour’s drive from the court, made headlines last year after Chinese state broadcaster CCTV ran an expose that said more than 300 local children had high levels of lead in their blood.

The government subsequently ordered an investigation and Melody was shut down.

Even before the trial, environmental lawyers hailed Hengdong court’s acceptance of the case as progress. In the past, Chinese courts have refused to hear controversial pollution cases.

Foreign news organizations are usually refused access when they apply or show up to cover trials in China.

In recent years though, in hopes of raising public confidence in the law, Beijing has been trying to make its judicial system more transparent.

Judgments are increasingly posted online and some courts have started to stream proceedings live and post on social media.

In 2013, a Chinese court used Weibo, China’s equivalent of Twitter, to broadcast the proceedings of the trial of fallen politician Bo Xilai.

The southern city of Shenzhen, where the government often field tests new policies, has made seats available to the press in some court cases since 2012, according to Chinese media reports.

The new openness has limits though. On Thursday, despite promises of an open trial, a Chinese court announced that it had tried former domestic security chief Zhou Yongkang in secret on May 22, and sentenced him to life in prison.

In Hengdong, Reuters was apparently the only media, foreign or domestic, in the courtroom, despite eight places being reserved for the press.

On at least two occasions, they asked Melody’s more theatrical, long-winded legal team to keep their comments brief and asked the plaintiff’s team to do so at least once.

When a Melody lawyer was cross-examining the only witness, an expert on childhood lead exposure from Shanghai Jiaotong University School of Medicine, a judge intervened to say the lawyer’s line of questioning was inappropriate.

Court police called for quiet when some observers burst into laughter at a lawyer for Melody saying that living close to the factory was safer than living far away.

Many of the plaintiffs, though, seemed more enraged by Melody’s lawyers’ defense than impressed with the judicial process.

At the end of proceedings, families and their supporters yelled at Melody’s lawyers, and in the ensuing scuffle, a disabled family member fell to the floor.

Of the more than 50 families who originally agreed to participate in the lawsuit, only 13 remained by the trial. Some of these dropped out under government pressure, according to Hu Shaobo, one of the plaintiffs’ lawyers. Dapu authorities deny any such interference.

“We think China has already made a lot of strides in the last several years” on environmental lawsuits, said Dai Renhui, the plaintiffs’ other lawyer, before the trial. “But it’s a work in progress.”

At least 17 dead after explosion in Ghana mining region

MPs to vote on proposal for parliament to be recalled if suspended by new...