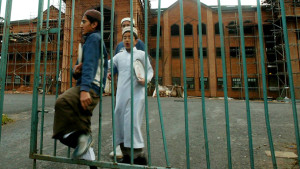 Four London primary schools have banned Muslim children from fasting during Ramadan, it has emerged. The Lion Academy Trust has come under fire from Muslim groups for implementing the ban across all its schools.

Barclay Primary School, which belongs to the Trust, said it had sought guidance and was making its decision after consulting Islamic law.

Critics say the school has no business to interfere in the religious practices of families.

Barclay Primary School Acting Head Aaron Wright sent a letter to parents on Wednesday telling them of the decision.

“We are reliably informed that in Islamic Law, children are not required to fast during Ramadan, only being required to do so when they become adults,” he wrote.

Wright went on to describe how children had fainted or become ill during last year’s festival.

“In addition to it being the hottest time of the year, this is also a very busy time of the school year, with additional sports activities, sports days and annual year group visits, etc.”

“Last year, on occasion, the period between opening and closing fasting was in excess of 18 hours. For a child this is a significant amount of time without sustenance and water,” he added.

The Acting Head also expressed pride in the ability of Muslim children to articulate their customs and beliefs to others in the school.

The Muslim Association of Britain (MAB) rejected the need for a ban, insisting the religion itself has enough safeguards for young children.

“We believe that there are sufficient and stringent rules within Islam, which allow those who are unable to fast, to break fast,” a spokesman told the Mail Online.

“These rules include those who are medically ill or compromised; or too young or too old to fast.

“However, we believe that this determination should be decided by parents with their children, who can together reach a collective decision whether or not the child can fast.”

Three other schools will implement the ban alongside Barclay Primary School in Leyton, East London.

Lion Academy Trust CEO Justin James published a statement online saying those parents who want their children to fast must meet with the Head of the school.

“We have proudly worked and supported all of our communities across one of the most diverse and dynamic parts of London,” he said.

“The team and I appreciate how important this time is to all our Muslim families and we welcome working closely with you to get the best possible outcome for everyone – children, parents and the wider school community.”

People go hungry in Ethiopia’s Tigray as conflict marches on