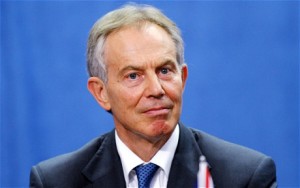 Tony Blair has intervened in Labour’s leadership contest to warn against a move leftwards by the party, declaring that it will lose again without a “fundamental revision” of strategy and organisation.

The former prime minister, who led Labour to three general election victories, criticised the stance adopted by the party during this year’s general election, saying it “had a feel too much of an old-fashioned position”.

While not backing any particular candidate in the leadership race, he told the Times: “The public always looks for a leader who is going to lead the country and can rise above their party. If you retreat into your comfort zone, you lose — that’s the lesson of 100 years of our history.

“I don’t see any evidence that [the country] has shifted to the left … the Labour party has to have an alignment of strategy and tactics and that strategy has to be based on the centre ground – not splitting the difference between progressive and conservative positions but a radical centre in which you are able to take decisions for the future of the country.”

Warning against moving to the left in a bid to recover voters lost to the SNP in Scotland, or to UKIP in the north of England, he urged caution: “We have got to be really careful of this. The truth is, a strong Labour party occupying the centre ground operates a gravitational pull from both left and right.”

Blair’s comments came as his former director of communications and strategy,Alastair Campbell, pledged to “happily lead the charge” to oust Labour’s next leader if they failed to perform.

He told the Times: “I’m not going to back anybody publicly … But if in three years’ time they’re not winning and they’re not cutting it, and it is obvious we are not going to get close to winning an election, I will not bite my tongue and I will encourage others not to bite their tongues.

Campbell, who became increasingly involved in the final weeks of the general election campaign and attended meetings with Ed Miliband’s inner circle, called on the winner of the Labour leadership contest to hold a confidence vote before 2020 to prove they still had the party’s backing.

Half of British voters say May is incapable of getting the right Brexit deal:...

Scorsese gets playful with Dylan in ‘Rolling Thunder Revue’ film