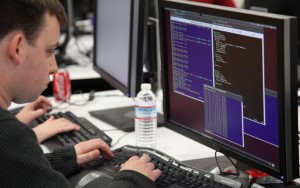 A Manhattan federal court has sentenced the Swedish head of a hacker network to almost five years behind bars for selling a malware program that allowed its buyers to break into victims’ computers and spy on them through a web camera.

Alex Yucel, 25, was identified in the US court’s press statement on Tuesday as a co-creator of the Blackshades Remote Access Tool, which has infected half-a-million computers worldwide since the hacker group was established in 2010.

“This malware victimized thousands of people across the globe and invaded their lives. But Yucel’s computer hacking days are now over,” Attorney Preet Bharara said as she read out the ruling.

The malware was used to gain remote control over a victim’s computer, allowing cybercriminals to get access to private documents and photographs, steal passwords to online accounts, and even activate the victim’s web camera to spy on them.The malicious program was sold for $40 each. The US Department of Justice estimates that Yucel’s organization earned over $350,000 between September 2010 and April 2014.

Yucel was arrested in 2013 in Moldova and was the first defendant ever to be extradited to the United States where he pled guilty to computer hacking in February 2015.

Nepali villagers return to homes after river gets unblocked