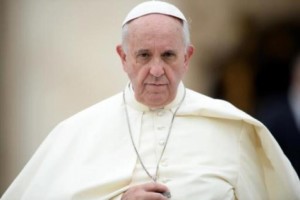 Cuba said on Friday it would pardon 3,522 prisoners within the next three days on the occasion of the Sept. 19-22 visit by Pope Francis, repeating similar actions it took ahead of visits by Pope Benedict in 2012 and Pope John Paul II in 1998.

There was no immediate indication whether those to be pardoned included people considered political prisoners by dissidents or human rights organizations.

Among those to be released are prisoners older than 60, those younger than 20 with no other previous criminal history, the chronically ill, women, some who were due for conditional release in 2016, and foreigners whose repatriation could be assured, official media reported.

Those who will not be pardoned, with a few humanitarian exceptions, include people convicted of murder, rape, child abuse, cattle rustling or illegal slaughter, drug trafficking, and offences against state security.

This latter category appears to exclude some of about 60 political prisoners, as identified by the dissident Commission of Human Rights and National Reconciliation.

Among these 60 are seven armed anti-government infiltrators, about a dozen who hijacked or attempted to hijack a plane or boats to leave the country, four armed soldiers and a civilian collaborator who helped them try to desert, and others accused of violence or spying.However, at least two dozen are being held on charges linked to peaceful political protests, according to the commission.