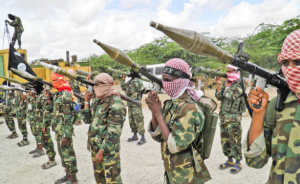 Islamist militant group al Shabaab has retaken another town in Somalia from African troops, adding to a string of settlements it has seized this month, the group and an official said.

Al Shabaab retook the town of Janale, about 90 km (55 miles) south of the capital Mogadishu, on Thursday.

This month, the group attacked a base of Africa Union forces in Janale area, killing at least 12 Uganda troops, and has retaken at least three other towns in southern and central Somalia.

The government has dismissed the gains by al Shabaab, saying the areas retaken are not of strategic value.

But the recent Islamist offensive has highlighted the group’s ability to keep up the pressure on the Western-backed government it wants to topple, using both its military force alongside its more frequent suicide bomb and gun attacks.

“Now it is fully under our control,” he told Reuters.

The fall of the town was confirmed by Ali Nur, the acting governor of Lower Shabelle region.

“This is a great shame and it will be difficult for the residents to trust the Somali government and the AU troops,” he said. “We ask the government and AMISOM to send their troops as soon as possible.”

A military offensive launched last year by the African AMISOM force and the Somali army has pushed al Shabaab out of major strategic centres and into smaller pockets of territory.

But the group, which once ruled much of Somalia, still holds some settlements and rural areas, which can often be used to isolate towns by cutting off supply routes.