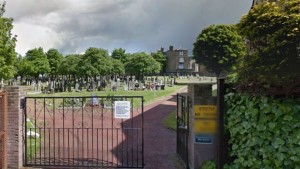 A man has been arrested after a woman was allegedly raped in an Edinburgh cemetery.

The incident happened in the Eastern Cemetery off Easter Road in the early hours of Saturday morning.

Police said a 20-year-old woman was assaulted as she walked towards the city centre after realising there were no buses due.

A 24-year-old man has been charged and is due to appear at Edinburgh Sheriff Court.

Source of Britain’s River Thames driest ever as drought nears

Cardinal Pell sent to prison for abusing 2 boys in Australia