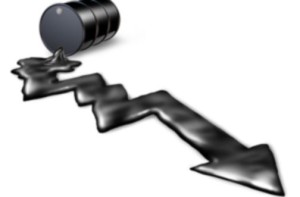 British annual inflation fell back to zero in August after oil prices recorded their biggest fall since the start of the year, ensuring price growth remained far slower than the Bank of England’s target.

Consumer prices rose 0.2 percent on the month but were unchanged from a year earlier, the Office for National Statistics said, in line with economists’ expectations for a slight fall in annual inflation from 0.1 percent.

A fall in petrol prices and a smaller seasonal increase in clothing prices than in 2014 were the main drivers for the slowdown in price growth, the ONS said.

Price pressures look set to remain low for the next few months, in line with BoE predictions that the inflation rate will stay close to zero after dipping into negative territory for the first time in half a century earlier this year.

Britain’s economy is growing solidly, and financial markets and the general public have little expectation of the persistent price falls which prompted the European Central Bank to start a quantitative easing programme earlier this year.

But the BoE is still some way off raising interest rates, though some policymakers believe inflation could rebound quickly over the next couple of years and overshoot its 2 percent target, due to robust domestic growth.

However most think wage pressures are rising too slowly for this to be the likeliest scenario, and Governor Mark Carney has said a decision on when to raise rates is likely to come into sharper focus at the turn of the year.

Core inflation — which strips out often-volatile moves in the price of energy, food, alcoholic drinks and tobacco — rose by an annual 1.0 percent in August, slower than 1.2 percent in July.

In blow to May, UK’s top Brexit official quits government