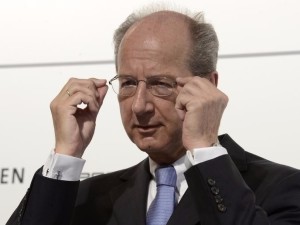 “Brazil remains very weak and they will need to take a triple-digit-million-euro provision for restructuring in Q4,” analyst Tom Rokossa said in note.

Volkswagen has been adjusting production capacity at its plant in Taubate, Brazil, about 90 miles (150 kilometres) northeast of Sao Paulo, where it makes the Up city car, the Gol hatchback and the Voyage sedan.

VW’s efforts to cut jobs at another plant near Sao Paulo in January triggered strikes, forcing the company to reverse layoffs of 800 workers and negotiate a new labour deal through 2019.

Primary election chief back in spotlight after near-ouster