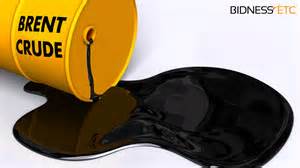 Crude oil prices rose in early Asia trade, adding to gains in the previous session, after Russia signalled it was willing to meet with other big oil producers to discuss the market following the decline in prices in the last quarter.

But gains were limited with investors awaiting U.S. government data on crude inventories this week. Some analysts are predicting the data will show further builds in crude stocks, putting oil prices under renewed pressure.

A Reuters poll on Monday indicates U.S. crude stockpiles were up last week for a second straight week, gaining 1.8 million barrels on average in the week to Oct. 2.

The U.S. Energy Information Administration, which reports official storage data on Wednesday, said last week that inventories were up about 4 million barrels in the week to Sept. 25.

Russia, one of the world’s top three oil producers, said it was prepared to meet OPEC and non-OPEC oil producers to discuss the market if such a gathering is called.

A separate meeting between Russian and Saudi officials was being planned for the end of October, Russian Energy Minister Alexander Novak has said.

Brent crude fell 24 percent last quarter and is down 14 percent this year, following a 48-percent decline in 2014.

U.S. crude is down 13 percent this year, after falling 46 percent last year. The contract also fell 24 percent in the last quarter.

Turkey: Telecom and IT spending on the rise

Arrest warrants out for 20 Daesh suspects in Turkey