Ivory Coast President Alassane Ouattara wrapped up his re-election campaign on Friday with a star-studded concert in the commercial capital Abidjan, calling on his supporters to turn out massively to vote amid fears many will stay home.

Ouattara is heavily favoured to win Sunday’s ballot, meant to draw a line under a decade-long crisis which ended in a brief 2011 civil war that killed over 3,000 people in the wake of the last presidential vote.

A peaceful election is crucial to reassuring investors who have flooded into the nation, francophone West Africa’s largest economy and the world’s leading cocoa exporter, as it has re-emerged as one of the continent’s rising stars.

Tens of thousands of Ivorians lined Abidjan streets to catch a glimpse of Ouattara as his caravan made its way to the central Place de la Republic where his final campaign event was held.

Taking the stage after string of local music stars, Ouattara implored his supporters to pick up their voter cards and head to the polls.

“You must vote Sunday, vote massively. We’re going to deliver a knock-out punch,” he said over supporters’ chants of ‘ADO, ADO’, the nicknamed derived from his initials. “Go show to the whole world that the crisis is finished in Ivory Coast.”

Early this year, Ouattara’s Rally of the Republicans (RDR) secured the support of its main coalition partner, the Democratic Party of Ivory Coast (PDCI), which is not fielding a candidate on Sunday.

Former prime minister Charles Konan Banny also pulled out of the race for the presidency on Friday, becoming the third of 10 candidates to withdraw, alleging irregularities.

Rinaldo Depagne, West African project director for the International Crisis Group, believes many FPI and PDCI voters will stay home on Sunday, and Ouattara could struggle to motivate his own supporters.

“Some are disappointed, some think it’s a done deal and they have better things to do,” he said. “He risks not having strong legitimacy and his opponents will use this argument against him.”

In the Adjame district, among Ouattara’s main strongholds in Abidjan, Fanta Doumbia, 23, like a half-dozen other women working at a sidewalk fruit stand, wore a campaign T-shirt emblazoned with the president’s campaign slogan: With ADO.

“Since Ouattara has been there, we’ve had peace. It’s Ouattara we want. We don’t want anyone else,” she said.

Since taking the helm of Ivory Coast’s economy, Ouattara – a former senior International Monetary Fund official – has overseen a strong recovery with average growth of around 9 percent over the past three years.

Many ordinary Ivorians, however, say they have yet to feel the benefits of the boom.

“We leave elections to the politicians now,” said Serge Stephane Loba, 26, a streetside vendor in Abidjan’s Yopougon district. “When we have problems they don’t come talk to us. They only come to us when there are elections.”

Despite general expectations of a peaceful election day, others struggle with the memories of the last time Ivorians went to the polls to choose a leader.

“It’s because of the trauma that we are scared,” said Adams Baikro, 23, as she waited, heavily pregnant, for a bus to take her out of the city. “In my current state, if something happened, I couldn’t defend myself.” 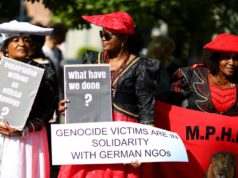 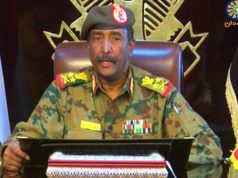 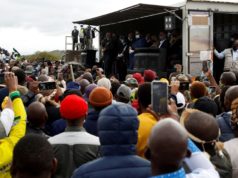