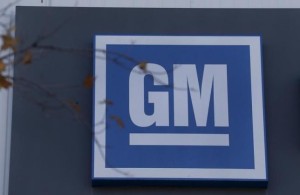 General Motors Co (GM.N) may be liable for punitive damages in lawsuits it faces over an ignition switch problem that prompted the recall of millions of vehicles last year, a U.S. judge said on Monday.

The decision from U.S. Bankruptcy Judge Robert Gerber in Manhattan could increase GM’s financial exposure to claims for injuries, deaths or loss of vehicle value stemming from the 2014 recall.

Unlike compensatory damages, which are meant to make up for plaintiffs’ losses, punitive damages are designed to punish defendants for egregious or negligent conduct, and to deter future misbehaviour.

However, while his ruling leaves punitive damages available in some cases, Gerber said plaintiffs could not argue that post-bankruptcy “New GM” was liable for what pre-bankruptcy “Old GM” “knew or did.”

“Punitive damages may be sought against New GM to the extent – but only the extent – they are based on New GM knowledge or conduct alone,” Gerber wrote. New GM may also be responsible for employee knowledge or documents it “inherited” from Old GM, he added.

Robert Hilliard, who represents GM plaintiffs, called the ruling a “complete win.” A GM spokesman was not immediately available for comment.

GM has invoked its limited liability to combat some lawsuits it has faced since it was discovered last year that ignition switches in older vehicles could slip out of place, causing them to stall and cutting power to brakes, air bags and steering.

One question Gerber was called upon to resolve was whether New GM’s assumed liabilities included claims for punitive damages. Plaintiffs said they did, and New GM disagreed.

Gerber’s decision will now be applied to individual lawsuits by the judges overseeing them, including U.S. District Judge Jesse Furman, who presides over more than 200 consolidated lawsuits in Manhattan federal court.

In September, GM announced that it had reached agreements to settle about 1,380 injury and death cases for an undisclosed sum. At least six unsettled suits have been slated for trials starting early next year.

The company is also facing proposed class actions brought by customers who said the ignition switch problems and related safety recalls from last year caused their vehicles’ value to plummet.

Man charged with four counts of murder and poisonings

Beckham to be honoured with statue in LA