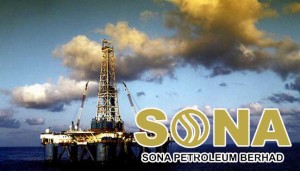 A $70 million deal struck by Santos and Quadrant Energy for the sale of their Stag oil field in Western Australia has brought a new player into the country and launched Malaysia’s Sona Petroleum as an upstream oil and gas producer.

The sale of the ageing oil field, as flagged earlier in the The Australian Financial Review‘s Street Talk, has been in negotiation since mid-year and is not part of Santos’s strategic review process, which is yet to yield significant results.

It will only make a small dent in the $3 billion or so that debt-burdened Santos is looking to raise from the review, which is considering asset sales or other corporate transactions, and potentially a capital raising.

“Stag had delivered a strong production performance over the life of the field but it was now mature and no longer core to the company’s strategy,” said Santos’s head of WA and Northern Territory, Joe Ariyaratnam.

“This sale is independent of the company’s strategic review and reflects the business unit’s approach to regularly reviewing its portfolio and rationalising our asset base where appropriate.”

The price is well above a $US19 million valuation of Stag by consultancy Wood Mackenzie, which assumed oil prices of $US65 a barrel this year, rising to $US92 in 2019.

Macquarie-backed Quadrant bought into the 4000 to 5000 barrels a day Stag field when it acquired Apache’s Australian oil and gas business earlier this year, but is selling out alongside Santos. Stag started producing oil in 1998.

A spokesman described the move as “a notable step in Quadrant Energy’s strategic portfolio repositioning as we seek to capitalise on new growth opportunities.”

The statement signals that Quadrant, which is the prime candidate to buy out Santos from their jointly held gas interests in WA, is indeed looking to redirect capital into growth investments. A buy-out by Quadrant of Santos’s stakes in gas ventures such as Devil Creek, Reindeer and John Brookes/Spar is expected to be worth about $1.5 billion.

Sona, a special purpose vehicle listed in Kuala Lumpur and chaired by former Shell executive Andreas van Strijp, will use Stag as the first step to transform into an oil and gas production company, said finance manager Sakthi Kumar. He said the acquisition was expected to provide an internal rate of return of at least 15 per cent a year.

Mr Kumar said Sona, a shell company that raises funds from capital markets for the purpose of acquiring oil and gas businesses, was looking to invest in more drilling at the field in 2016 to sustain production, but was not in talks to buy any other assets in Australia.

The additional drilling is expected to give Sona access to about 16.2 million barrels of proven and probable reserves and the company said it would target upgrades of reserves through potential exploration “in order to sustain production at as high a level as possible over the life of the field”.

The deal – which has yet to be approved by regulators including the Foreign Investment Review Board and is targeted for completion in the first half of 2016 – would be immediately positive for earnings, Sona said. The firm, which is being advised by CIMB, also still needs to be approved as an oil and gas operator by offshore petroleum industry regulator NOPSEMA.