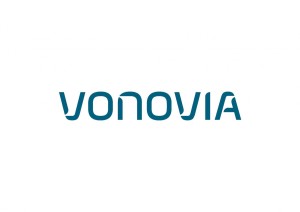 German property group Vonovia raised its earnings guidance for the year after operating profit more than doubled in the first nine months, helped by the quick integration of a clutch of acquisitions.

Vonovia said in a statement it expected funds from operations – its profit after interest and tax – of 590-600 million euros this year, compared with a forecast of 560-580 million euros given in August.

The statement made no mention of Vonovia’s ongoing bid to take over peer Deutsche Wohnen.

The company, which changed its name from Deutsche Annington and joined Germany’s Dax index of blue-chip companies in September, said funds from operations jumped to 432 million euros in the first nine months from 205 million in the same period a year earlier.

Vonovia said it was ahead of schedule in the integration of Gagfah, the property company it took over in March, with the combination underpinning an expected rise in funds from operations to 690-710 million euros in 2016.

Following the subsequent takeovers of property companies Franconia and Suedewo Group, Vonovia’s portfolio was valued at 23.1 billion euros at the end of September, compared with 12.8 billion a year earlier.

Vonovia said it was also selling about 20,000 residential units – one 600 million-euro deal, with LEG Immobilien, was announced late on Monday – with the proceeds helping to cut the group’s debt.

Freddie Mercury returns in release of stripped-back version of ‘Time’