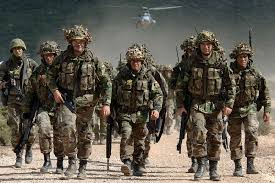 An Afghan police officer who was shot during an exchange of gunfire with members of NATO’s force in Afghanistan has died, the Ministry of Interior said on Wednesday.

The officer apparently opened fire on a NATO force delegation near the main entrance of the Ministry of Commerce and Industries in the capital, Kabul, on Tuesday, the ministry said in a statement.

The shooter died later in hospital and the Interior Ministry said it had ordered police to investigate the incident.

So-called insider attacks by members of Afghan security forces on their international military allies were a major worry several years ago but have become more rare as the number of foreign troops has dwindled.