Australian Foreign Minister Julie Bishop said on Tuesday she will seek clarification from China about how it intends to use reclaimed islands in the South China Sea, including whether Beijing intends to grant access to other countries.

China claims much of the South China Sea, through which more than $5 trillion of trade moves annually. Brunei, Malaysia, the Philippines, Taiwan and Vietnam have rival claims.

“In the past (Chinese) Foreign Minister Wang Yi has said they will be public goods, so I am seeking more detail as to how other nations could access these public goods,” Bishop said of the islands.

“Depending upon the answer he gives, we will look at the situation,” she told reporters in Tokyo, where she met Japanese counterpart Fumio Kishida.

Bishop, who will fly to Beijing later on Tuesday for talks with Wang and other Chinese officials, would not say whether Australia would seek access to the islands.

Beijing has asserted its claim in the region with island building projects that have reclaimed more than 2,900 acres (1,170 hectares) of land since 2013, according to the Pentagon.

It tested for the first time last month the 3,000-metre runway built on a reclamation on Fiery Cross Reef by landing several civilian airliners from Hainan island.

China has accused Washington of seeking maritime hegemony in the name of freedom of navigation after a U.S. Navy destroyer sailed within 12 nautical miles of a disputed island in the Paracel chain of the South China Sea in late January. 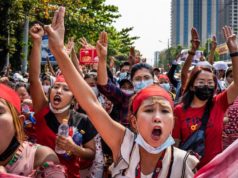 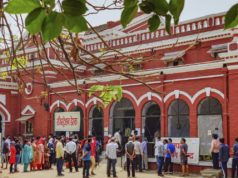 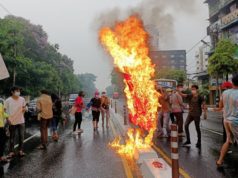 Man killed by Chicago police ran away, reached for waist