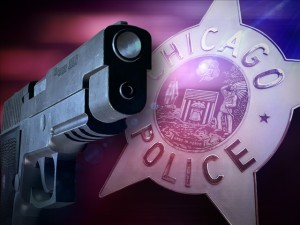 A white Chicago police officer who fatally shot a black 19-year-old college student and accidently killed a neighbor has filed a lawsuit against the teenager’s estate, arguing the shooting left him traumatized.

The unusual lawsuit was filed Friday amid city leaders’ efforts to win back the public’s trust after several cases of alleged police misconduct.

Robert Rialmo’s lawsuit provides the officer’s first public account of how he says the Dec. 26 shooting happened. It says Rialmo opened fire after Quintonio LeGrier swung a bat at his head at close range.

His attorney, Basileios Foutris, was incredulous at what he called the officer’s “temerity” in suing the grieving family of the person he shot.