A former NHS manager awarded £832,711 after being sexually harassed by a colleague has said the “bad use of public money” could have been avoided.

HR director Helen Marks rejected the sexual advances of the chairman of Derbyshire Healthcare NHS Foundation Trust so he tried to get her sacked.

Mrs Marks, who earned £99,907, said the experience traumatised her, crushed her confidence and left her unable to work.

The trust has now apologised in a statement issued to media.

“I’ll never be free of this,” said Mrs Marks.

“I struggle to trust people. I haven’t got the confidence that I had. I’m quite timid all the time now as you probably can see.

“I don’t think I could ever go back into the workplace again.”

Helen Marks and Alan Baines started having lunch together in July 2010 and they became close friends.

He invited her to the pub to congratulate her shortly before she got married in March 2012, but ended up giving her a hug and telling her he loved her.

They carried on being friends but Mrs Marks tried to cool the relationship when it became clear Mr Baines wanted it to become sexual.

Despite this, he left long love letters on her desk at work and sent her text messages pushing her to have an intimate relationship.

Mr Baines then arranged for the trust’s chief executive, Professor Steve Trenchard, to suspend Mrs Marks over allegations that she had bullied staff.

Mrs Marks was not aware Mr Baines was responsible for the bullying allegations, and he continued contacting her while she was suspended.

In one message he wrote: “I am your devoted lover and friend so please never let me go again. If you do that will destroy me emotionally. I have never had a relationship like this so please keep me close to you Helen. Love you. Xxxx.”

Mr Baines also visited her at home, where he told her he missed her and suggested they should go upstairs and lay down.

Mrs Marks eventually realised Mr Baines had been lying and submitted a grievance in September 2013.

Mr Baines then resigned but Mrs Marks was not satisfied, as she wanted an independent external review of her grievance.

Prof Trenchard was suspended and has since resigned.

Mrs Marks was awarded the compensation following an employment tribunal, which found she had been unfairly dismissed, sexually discriminated against, harassed and victimised.

The total cost to the NHS is likely to be in the region of £1.4m once legal and other costs are included.

But Mrs Marks said the tribunal could have been avoided if her complaint had been investigated properly.

“They wouldn’t allow me to clear my name so I had to resign and start legal proceedings, but there were points along the way that the trust could have prevented all this happening,” she said.

“If they had investigated, even at one point if they had said sorry, we wouldn’t be here today.

“This has been such a bad use of public money when it was all so unnecessary.”

Derbyshire Healthcare NHS Foundation Trust said in a statement: “We acknowledge that this [£832,711] is a substantial amount of money and we apologise to our community, service receivers, staff, governors and to Helen Marks for the occurrences that led to this outcome.” 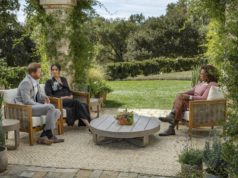 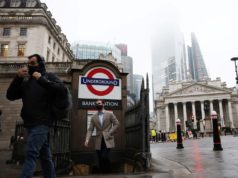 U.S. to give North Korea post-summit timeline with ‘asks’ soon