Nearly 3,000 operations have been cancelled as junior doctors in England are set to begin a second 24-hour strike over pay and conditions.

Routine check-ups, appointments and tests are also likely to be disrupted when the walkout begins at 08:00 GMT.

Formal talks broke down in January and there is mounting speculation ministers may soon seek to impose a new contract, potentially inflaming the row further.

The key sticking point appears to be payments for working on Saturdays.

The BBC understands talks have started taking place within government after NHS bosses told ministers that if they wanted to see a new contract introduced, they would have to make their move this month to ensure it was in place by the summer.

It raises the possibility of a series of rolling strikes as the dispute threatens to escalate even further.

In the latest developments:

There are more than 50,000 junior doctors in England – the term covers those who are fresh out of medical school through to others who have a decade of experience behind them.

Talks between them and the government, hosted by conciliation service Acas, broke down at the end of January and despite some informal discussions behind the scenes, there is thought to be little prospect of them restarting.

BMA junior doctor leader Johann Malawana said the government should not force a contract on doctors and should “put [the] NHS before politics, patients before machismo”.

But Health Secretary Jeremy Hunt said the BMA was the “only reason” a solution had not been found.

The walkout comes after doctors took part in strike action on 12 January, which led to 4,000 operations and treatments being cancelled – one in 10 of the total.

During Wednesday’s strike, junior doctors will once again be providing emergency cover, while consultants will still be working in hospitals and GPs in the community.

Dr Anne Rainsberry, of NHS England, said the health service was doing “everything possible to minimise the impact” and 92% of operations would go ahead as normal.

She said staff were “ready to respond to any significant increases in pressure” on hospitals during the strike.

Katherine Murphy, of the Patients Association, urged the two sides to reach a deal.

“A lasting agreement must be found to prevent still further disruption for patients and raise the morale of hard-working junior doctors.” 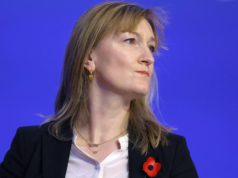