Premier League leaders Leicester City can win the title but their players must prove they can cope with the pressure of expectation, says Manchester United manager Louis van Gaal.

“They are the favourites because they are five points away from the rest, but the moment that they have to win it is different,” Van Gaal told Friday’s Independent newspaper.

“They are more or less in that place now because they want to continue with this lead. Is it possible? Why not? Maybe their players can cope, but that you do not know and that is a question that both Leicester and Tottenham must answer.”

Leicester are five points clear of Spurs and Arsenal with the Manchester clubs, City and United, trailing the leaders by six and 12 points respectively. On Sunday, the Foxes visit Arsenal while Tottenham travel to Manchester City.

“It doesn’t say anything about the personalities in these teams. I don’t know them so I cannot judge. But there shall come a moment when they have to win,” Van Gaal said in the interview.

“At the moment, everything is okay and nice. But the (Leicester) manager (Claudio Ranieri) has spoken about being champion, so now it shall play in their heads. But a lot of players can cope with that,” added the Dutchman.

Ranieri has acknowledged his team could be affected by the pressure but has urged his players to use their experience of being in a relegation dogfight last season to their advantage.

“Pressure, it could be a problem, but it is important we stay calm … What they experienced last season may help because it was a big pressure for them,” he said earlier this week. 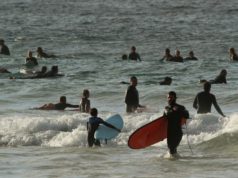 Niger opposition leader to be tried on incitement and sedition charges

Five talking points from the weekend in Serie A 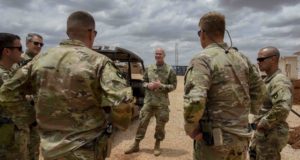