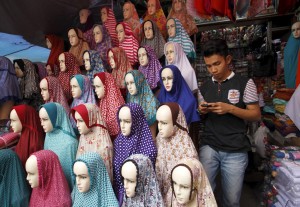 Indonesia has long been the Twitter capital of the world, but rival apps and rancorous political debate are driving users away, illustrating the challenges the microblogging service faces even in markets once considered strongholds.

While Twitter doesn’t break down country figures, Global Web Index data shows Indonesia remains joint first with Mexico in active users among the 34 countries the UK-based metrics company monitors – and significantly ahead in terms of penetration, at 74 percent of all Internet users.

But that masks a deeper shift, analysts and users say, as changing tastes, culture and politics push Indonesians to rival services. The proportion of active Twitter users in Indonesia has dipped 10 percentage points in the past two years, to about one third of Internet users, the Global Web Index data show.

A Twitter spokesman declined to comment on the data, saying he had not seen it, but said younger people in major markets like Indonesia and India were eager users. He said the company was expanding in Indonesia and working with airlines, banks and celebrities to add services and content.

He noted Indonesia was one of the top markets for Twitter’s recent acquisition Periscope, which allows users to stream live video.

Twitter on Wednesday reported its first quarter since going public with no growth in users, and announced changes to its global service.

Among younger users – active Twitter users in the 16-24 year age range – Indonesia lags Spain, Mexico and the UK. JakPat, an Indonesian survey company, found last month that teenagers were less likely to use Twitter regularly than those aged 26 and above, and were switching to other apps such as Facebook and its photosharing sibling Instagram.

But there’s also a push factor: Indonesians are leery of Twitter’s core appeal; its default public feed, where everything a user posts is visible to everyone on the network. What was once an attraction in Indonesia’s sociable culture became a liability in 2014’s fractious presidential election.

“Twitter,” he said, “became an uncomfortable place to be.”

This antagonism hit rock bottom when two Twitter users took a dispute over government car-making policies offline and slugged it out near a sports stadium. Cellphone footage of their fist-fight was broadcast on TV.

“After that it felt like that if you don’t want to get into trouble, people would retreat and find a more comfortable space online,” said Nasution, the entrepreneur.

Nasution said students he has spoken to use WhatsApp to communicate with their lecturer, and LINE to chat with each other. Or Facebook and Path, says student Jeremiah Mandey, who joined Twitter in 2010. “I used Twitter to interact with friends, but now I use it to get news,” he said.

Government departments, companies and even President Joko Widodo have embraced Twitter as a public announcement service. The Jakarta police traffic feed, alerting commuters to jams, accidents, potholes and protests, has over 5 million followers.

This provides a service, but is too passive for younger people, says Aulia Masna, an editor. “People are on social media to have fun and be entertained,” he says. “Twitter in Indonesia is better known as the place for news, debate and politics. So it attracts the more serious, older crowd.”

The company spokesman said Twitter opened a Jakarta office last year and added staff, in part to expand its user base beyond the capital. The recruits included a government relations expert. It was also working with local bank BNI to allow customers to transact via Twitter.

“We see great potential in Indonesia, it’s one of the top markets,” he said, adding Widodo was due to visit Twitter’s headquarters in San Francisco next week.

Simon Kemp, regional managing partner of social media marketing agency We Are Social, said Twitter should focus more on understanding how people in places like Indonesia use their service before tweaking things.

“People are still looking at these things as a technology base,” he said, “while it’s the cultural driver that determines what you use and when you use it.”

Russia’s race for virus vaccine raises concerns in the West

Brazil facilitates deportation of its nationals after U.S. pressure