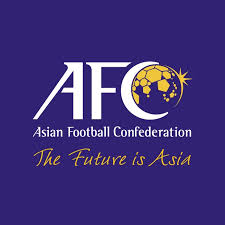 Saudi Arabian clubs will play Champions League matches against Iranian teams at neutral venues this year because of the lack of improvement in relations between the two countries, the Asian Football Confederation (AFC) said on Wednesday.

Saudi Arabia cut all ties with Iran in January after its embassy in Tehran was attacked following the Saudis’ execution of a prominent Shi’ite cleric.

The AFC, soccer’s governing body in the region, had set a March 15 deadline for “normal relations” to be resumed between the countries or the matches would be played at neutral venues.

“It is most unfortunate for the AFC to learn that … the Saudi Arabian government has yet to lift the travel restrictions on their nationals, which prohibit travel to Iran,” the AFC said in a letter to the governing bodies of both countries.

“This travel ban offers no special dispensation for football teams.”Furthermore, there has been no significant development in the relationship between the two countries concerned.”

An official with Iranian champions Sepahan told Reuters last month that Iran might withdraw its teams from the tournament if they were blocked from hosting matches against Saudi Arabian clubs.

The AFC last month pushed back six group-stage Saudi-Iran fixtures to allow more time for independent evaluations on safety and security issues after four Saudi clubs complained it was unsafe for them to play in Iran.

Sepahan team manager Rassol Khorvash said the three Iranian clubs in the ACL believed the Saudis were “looking for excuses” and were demanding the switch to neutral venues for political reasons.Twice Asian champions Al-Hilal, one of four Saudi teams in the competition’s group stage, said they had experienced problems playing in Iran in previous years and the breakdown in diplomatic relations would make it more dangerous this season.

Saudi Arabia had a World Cup qualifying match moved from the Palestinian territories to Jordan last year following a row involving FIFA and the AFC.

The Saudi Arabian and Iranian FAs have been given until March 25 to “provide comprehensive details of the proposed neutral venues”, the AFC said.