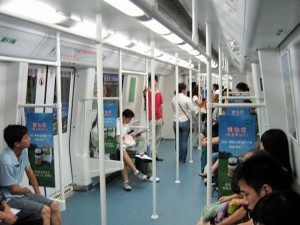 Under terms of a preliminary accord unveiled on Sunday, China Vanke said it would acquire Shenzhen Metro’s property projects, mostly atop subway stations in the booming tier-one city. In return Vanke would fund the deal mainly by issuing new shares worth up to 60 billion yuan ($9.25 billion) to Shenzhen Metro, making the state-owned firm its ‘white knight’.

If fully subscribed, the deal would give Shenzhen Metro around 20 percent of total Vanke shares including those newly issued. That would surpass privately owned Baoneng, which didn’t immediately respond to calls seeking comment, diluting a stake of more than 20 percent the insurance and investment giant acquired in Vanke last December, igniting the spat with management.

Vanke shares jumped over 10 percent in early trading on Monday as investors welcomed a major injection of assets to Vanke’s portfolio amid uncertain times for China’s property developers.

Vanke said separately on Sunday its core profit rose 13 percent last year, to a new record, helped by a resurgence in China property sales that has left some government officials concerned a real estate bubble may be forming. The firm is scheduled to hold a news conference from 0630 GMT.

The deal, subject to overall shareholder approval, would fold Shenzhen Metro developments above 10 subway stations in the fast-growing city into Vanke’s portfolio.

“Given the location of the asset and the low historical land cost, we believe the transaction should be most likely net asset value-accretive for Vanke,” said Credit Suisse analyst Jinsong Du.

“We also expect this potential transaction to lead to further collaboration between Vanke and Shenzhen Metro. Because Shenzhen is developing more metro lines, we expect Shenzhen Metro to gain access to more land above metro stations, potentially developing some of them with Vanke as well.”

In its earnings statement, Vanke said core profit, excluding items such as sales of non-current assets, grew last year to 17.6 billion yuan, slightly below an average forecast of 18 billion yuan in a poll of 15 analysts by Thomson Reuters SmartEstimate.