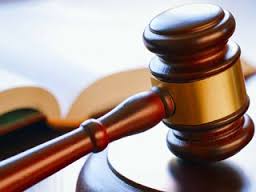 The Supreme Court has reversed the 2002 murder conviction of a Louisiana death row inmate after ruling that prosecutors failed to disclose evidence that could have helped his defense.

The ruling on Monday came in the case of Michael Wearry, who was convicted in the 1998 death of a 16-year-old pizza delivery driver near Baton Rouge.

The justices said that prosecutors should have turned over evidence casting doubt on the credibility of a prison informant and another witness who testified against Wearry. The court also said the state failed to disclose medical records raising questions about a witness’ description of the crime.

Justices Samuel Alito filed a dissent joined by Justice Clarence Thomas. Alito said the jury might have convicted Wearry even with the additional evidence.

Trump has privately talked about U.S. purchase of Greenland