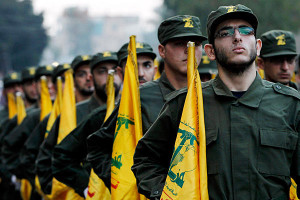 Kuwait has expelled 11 Lebanese and three Iraqis suspected of belonging to Hezbollah, a Kuwaiti newspaper reported on Monday, nearly three weeks after the country joined other Gulf Arab states in designating the Lebanese Shi’ite group a terrorist organization.

Al-Qabas cited a security source as saying the 14 people had been expelled at the request of the state security service. The Interior Ministry was not immediately available for comment.

Al-Qabas said Kuwait’s state security body had prepared a list of “unwanted” Lebanese and Iraqis, including advisers to major companies, for deportation “in the public interest”.

At the time of the GCC decision, Secretary-General Abdullatif al-Zayani accused Hezbollah of recruiting young men to carry out terrorist attacks in Gulf states, smuggling in weapons and explosives, and inciting chaos, violence and political unrest.

Hezbollah called the GCC decision “reckless and hostile” and blamed it on Saudi Arabia.

Four killed in attacks in Thailand as anger burns