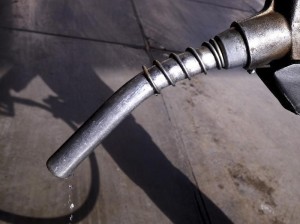 Oil prices rose in early Asian trade on Tuesday, coming off six day lows reached the session before, as concerns that a six-week market recovery has gone beyond the fundamentals of oversupply start to take hold.

Saudi Arabia kept its crude oil production steady in February at just above 10 million barrels per day (bpd), suggesting the world’s biggest oil exporter is keeping to a preliminary deal with other producers to freeze output.

Saudi Arabia and non-OPEC member Russia, the world’s two largest oil exporters, along with Qatar and Venezuela said last month they would freeze output at January levels to prop up prices if other oil-producing nations agreed to join the first global oil pact in 15 years.

But with U.S. crude stockpiles continuing to build and Iran showing little interest in joining major producers in freezing production, oil prices may have gained too much too soon.

With sanctions on Iran removed in January, Tehran is keen to increase its production of crude to levels before the restrictions hit exports.

Iran currently produces around 3.1 million bpd of oil. The sanctions also cut crude exports from a peak of 2.5 million bpd before 2011 to just over 1 million bpd in recent years.

Liverpool’s transfer window will not be ‘biggest’ – Klopp