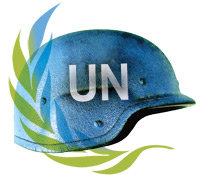 The United Nations is considering new measures to crack down on sexual abuse by peacekeepers, including local prosecutions and registering personal details on blue helmets to make it easier to identify perpetrators, a U.N. official said on Wednesday.

Over the past year the world body has been hit with numerous allegations of peacekeeper abuse, above all in the Central African Republic (CAR).

In December an independent review panel accused the United Nations and its agencies of grossly mishandling allegations of child sexual abuse by foreign troops in CAR in 2013 and 2014.

One of the problems, human rights groups say, is that it is up to U.N. troop-contributing countries to prosecute their soldiers accused of abuse. When such prosecutions happen, the groups say, they often take place quietly and it is difficult to follow up on the results and punishments, if any.

Speaking to a small group of reporters, a senior U.N. official said the United Nations wanted to tackle that problem.

One idea is that “whenever there is a case that is established, that there be a court-martial that is in theater, not back home in a sort of confidential context … (but) publicly in the country where the actions were perpetrated,” said the official, who spoke on condition of anonymity.

He added: “We might think about DNA registering of peacekeepers when they come to a mission.”

He declined to provide details and noted that both ideas were only at early stages as the United Nations worked to improve the performance of blue helmets in the field.

There have now been dozens of abuse accusations against international peacekeepers. The world body has pledged to crack down on charges of misconduct and abuse to avoid a repeat of past mistakes.

Foreign troops were deployed in CAR after mainly Muslim rebels seized power in the majority Christian country in 2013, provoking reprisals and fueling religious and inter-communal violence that has killed thousands.

French troops have been in the country since December 2013. European Union troops were there from April 2014 to March 2015. A U.N. peacekeeping mission assumed authority from African Union troops in September 2014.