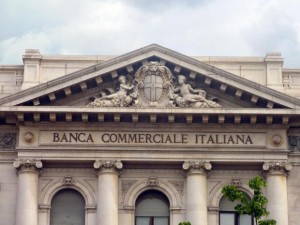 The Bank of Italy is carrying out an on-site inspection at the Italian offices of Bank of China, a Chinese state-owned bank already facing accusations of aiding illicit money flows from Italy to China, a source familiar with the situation said.

Italian prosecutors are seeking to bring 297 people, mostly Chinese, as well as the Milan branch of Bank of China to trial on charges of allegedly smuggling more than 4.5 billion euros ($5.12 billion) into China between 2006 and 2010. A judge in Florence is in the process of deciding whether they should be indicted and face a trial.

Part of the probe, code named ‘River of Money’, focuses on the relationship between Bank of China and defunct Chinese money transfer operator Money2Money, which used to dominate the market for Chinese remittances from Italy, a prosecutors’ document reviewed by Reuters shows.

The source said the supervisory inspection, which started a few days ago and is continuing, had been triggered by the judicial investigation in Florence. But the Bank of China denied there was a link.

It confirmed that the inspection was taking place: “Bank of China is providing full cooperation to the Italian Supervisory Authority,” the bank said in written answers to questions from Reuters.

The Chinese bank said the inspection was a routine procedure, which takes place every three to five years and covers all business and management fields of the bank.

“It is not connected to the M2M (Money2Money) issue,” the Chinese bank said, declining to divulge further details given the ongoing nature of the inspection.

The Bank of Italy, which oversees banks and financial operators active in the country, declined to comment as it said supervisory activity was secret.

SANCTIONS CAN BE TRIGGERED

On-site inspections are a powerful tool the Italian central bank uses to safeguard the integrity of the financial system and to prevent illegal practices, including money-laundering.

If management irregularities and regulatory violations are discovered in the course of off-site reviews and on-site inspections, sanction procedures are triggered against bank directors that could result in administrative penalties, mainly fines, the central bank says on its website.

In the request for the indictment, Italian prosecutors allege billions of dollars, including proceeds from counterfeiting, exploitation of illegal labor and tax evasion, were sent to China and split into small sums to avoid being detected.

Half of the amount allegedly smuggled, or 2.2 billion euros, was sent via BOC’s Milan branch, the request says.

Bank of China has consistently denied any wrongdoing.

Between 2008 and 2009, the Bank of Italy’s financial intelligence unit (UIF), which fights money laundering and the financing of terrorism, had identified hundreds of suspicious transactions from Italy into China that were carried out by Money2Money, the Bank of Italy told Reuters.

Some went through Bank of China but the Bank of Italy did not impose sanctions on Bank of China’s directors at the time.

UIF sent all relevant details to prosecutors in Florence in 2011 and 2012, the Bank of Italy said.

In 2011, UIF carried out an on-site inspection at Bank of China’s Italian offices and fined two bank employees “for failure to transmit suspicious transactions,” the Bank of Italy told Reuters.

Bank of China immediately appealed and the result of that is till pending, the Chinese bank says.

It said the penalties do not refer to violations of anti-money laundering legislation, but to the bank governance.

The Chinese underground economy in Tuscany was brought into focus in 2013 when a fire killed seven workers in their sleep at a workshop in Prato, center of a network of often-illegal garment workshops.

Spenders or thrifters: As Singles’ Day nears, are China’s shoppers about to drop?

Rembrandt’s Night Watch to get restoration in Amsterdam