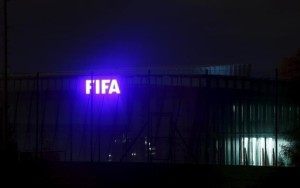 FIFA has reached a deal with the Greek government and Hellenic Football Federation (EPO) to restart the national cup competition and avoid an international ban, world football’s ruling body said on Tuesday.

The country risked suspension from international football if the government’s decision to scrap the Greek Cup because of crowd violence was not reversed, and they were handed an April 15 deadline.

There was a pitch invasion that led to the abandonment of the semi-final first leg between PAOK Salonika and Olympiakos Piraeus on March 2, with fans hurling flares and missiles before being dispersed by riot police.

An agreement was reached ahead of the deadline after a FIFA delegation met Greek Deputy Minister for Sport Stavros Kontonis and EPO officials in Athens for talks.

FIFA spokesman Kostakis Koutsokoumnis told reporters that Kontonis had agreed the EPO would ask for the Greek Cup to restart on Friday and that a deal would be done on how the remaining games would be run to avoid security problems.

Koutsokoumnis, who is also president of the Cyprus Football Association, said: “The matches may be held outside Athens and/or without spectators, or perhaps with only schoolchildren in the stands.

“This is something which will be decided between Mr Kontonis and the EPO.”

A suspension would have risked Greece’s hopes of qualifying for the 2018 World Cup as they could have been barred from taking part in the qualifiers that kick-off in September.

Greece, who won the European Championship in 2004, failed to qualify for Euro 2016 in France.

Erdogan shares grief with all poor, oppressed in world.