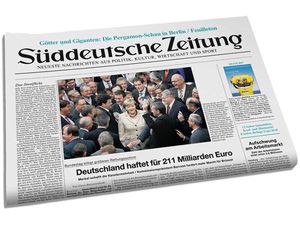 The German newspaper that first obtained the so-called Panama Papers, a vast trove of documents on offshore accounts, says it won’t publish all the files.

Sueddeutsche Zeitung said Thursday that the complete set of 11.5 million documents “won’t be made available to the public or to law enforcement agencies.”

It says authorities have legal powers to obtain such documents from those suspected of wrongdoing, and in many cases there’s no public interest in revealing companies’ or individuals’ offshore business dealings.

The Munich-based paper received the documents from an unidentified source more than a year ago and shared at least parts of them with dozens of other media outlets around the world, who reported the story in coordination with the International Consortium of Investigative Journalists.

France says it is willing to discuss autonomy for Guadeloupe

“Think about it again,” German minister urges UK on Brexit