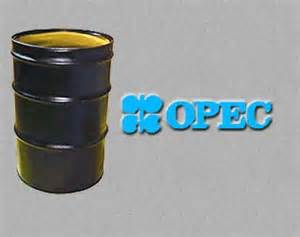 OPEC on Wednesday predicted global demand for its crude oil will be less than previously thought in 2016 as consumption slows down, increasing the excess supply on the market this year.

The monthly report from the Organization of the Petroleum Exporting Countries lowered its forecast of world oil demand growth by 50,000 barrels per day (bpd) and said further downward revisions could follow.

Nintendo to launch Switch in China on Dec. 10 priced $300