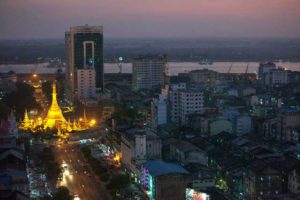 The United States eased some sanctions on Myanmar on Tuesday to support political reforms and economic growth in the country, the Treasury Department said.

The moves include easing restrictions on the country’s financial institutions, removing seven state-owned companies from the U.S. blacklist and extending a measure allowing shipments to go through ports and airports, Treasury said in a statement.

The announcement came before a visit to the Southeast Asian nation by Secretary of State John Kerry on May 22.

South Korea steps up effort to get U.S. help in export row with Japan

Funding government without border wall appears back on table