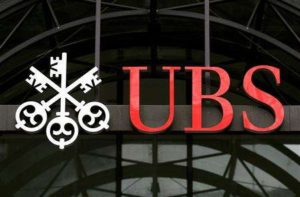 Swiss bank UBS raised on Wednesday its growth forecasts for Germany, France and Spain for the current year, but lowered its expectations for Italy.

UBS upgraded its economic growth forecast for Germany to 1.6 percent for 2016 from 1.4 percent predicted earlier, saying that domestic demand in the country was a key driver of growth.

It lifted its current year forecast for Spain by 0.3 percentage points to 2.9 percent and maintained its 2017 projection of 2.2 percent for Spain.

“We remain constructive on the economic resilience of the euro zone in 2016/2017 and our growth projection remains somewhat higher for 2017 than for 2016, assuming that economic stimulus will remain strong and some of the external headwinds that hit Europe in late 2015, early 2016, will ease,” it said.

“Still, we would caution that stronger growth in 2017, compared with 2016, should not be taken for granted. Substantial fiscal stimulus in Germany, related to the influx of refugees, might ease in 2017. The positive impact of lower oil prices is likely to weaken over time.”

In Brussels, EU gives May glimpse of Brexit hope

Afghan capital rebuilds from ashes of war, but what next?