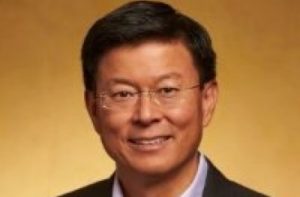 Texas-based Tesoro Corp. has bought an oil refinery in southwestern North Dakota that has struggled to turn a profit due to a dramatic fall in demand and low diesel prices.

The plant lost $7.2 million in the first three months of the year, and officials in May announced plans to operate it at only 75 percent capacity. The developers also had considered a similar plant in Minot but late last year delayed those plans because of the red ink at the Dickinson plant, which currently totals about $66 million.

“As a publicly traded corporation and a longtime North Dakota company, we felt a responsibility to our shareholders and to the state to find a solution that addressed the refinery’s financial challenges, while ensuring it would continue operating and contributing to its neighboring communities and the state,” MDU Resources CEO David Goodin said.

Calumet CEO Tim Go also said the sale is “an optimal outcome for all parties involved.”

When developers announced the refinery project in February 2013, they said the plant would provide fuel for drilling rigs and for trucks, trains and other equipment in the western North Dakota oil patch. At the time, there were 184 drilling rigs in the region, each using about 3,000 gallons of diesel daily. There were only 31 rigs operating on Tuesday.

Diesel consumption numbers are not yet available for fiscal 2016. North Dakota Petroleum Marketers Association President Mike Rud estimated that consumption is about half what it was two years ago.

“We just don’t have the drill rigs and the trucks hauling along the interstate like we used to,” he said.

Tesoro, which also owns a refinery in Mandan, North Dakota, about 100 miles to the east, said the purchase of the Dickinson refinery gives it “strategic access” to crude from the Bakken oil patch and presents an opportunity for growth in the state.

Tesoro will assume the $66 million in debt and contribute about $10 million toward working capital, the company said.

“We expect to generate more than $20 million in annual operating income from this business — even if the current economic conditions continue,” said Greg Goff, Tesoro’s chairman, president and CEO.

The refinery can process up to 20,000 barrels of western North Dakota oil each day into diesel fuel and other products. A barrel is 42 gallons. The plant employs about 75 people.

GSK to sell two vaccines in $1.1 billion deal to focus on newer treatments

Macron and Trump planted tree at the White House. Why it is now missing